These flexible arrangements vary widely from industry to industry. But where jobs can be managed remotely, employers must adapt, both to accommodate an emboldened workforce and to create reasons to meet in person.

The pandemic is the biggest shock to American working life since World War II, Stanford University economist Nicholas Bloom wrote in a recent op-ed. “And we will never return to the workplace of 2019.”

According to surveys by Bloom and colleagues, nearly 8 in 10 employees who are able to work from home want to continue doing so in some form. On average, they prefer remote work 2.5 days a week.

After the pandemic ends, nearly 28% of fully paid work hours are expected to be done remotely, up from 20% last year, Bloom said. And many companies will choose a hybrid arrangement.

Research by Ladders, a careers website, found nearly 19% of high-paying jobs were available for remote work in December. That’s expected to rise to a quarter of high-paying jobs — those paying more than $80,000 a year — by the end of the year, according to the site.

Working from home has become so popular that more than 40% of employees said they would look for a new job or simply quit if they had to be on site five days a week.

Among women and people of color, an even higher proportion of workers said they would leave if they lost the remote option. Women with young children particularly appreciate the flexibility.

“Employers who ban work from home risk kicking out these employees,” Bloom wrote, and it undermines the company’s goals of improving diversity in the workplace.

Of course, many jobs cannot be done remotely as frontline workers need to be where they are needed. Nationally, just over a third of private businesses have increased remote work since the pandemic, according to a 2021 business survey by the U.S. Bureau of Labor Statistics.

But in accommodation and food services, less than 4% of employers have boosted remote work. In retail, 15% have increased this option.

At the other end of the spectrum, remote work has increased in more than half of companies in educational services, information, financial activities, and professional and business services. In total, nearly 60 million American workers have had the option of working from home in the past two years, including 4.7 million in Texas, the government estimated.

Remote workers also believe they are more productive and efficient, and some bosses agree.

New York Life Insurance Co. has more than 500 employees in seven offices in North Texas. Before the pandemic, about 80% of them came to the office regularly; now about 20% come and usually no more than three days a week, said Michael Scovel, managing partner of the Dallas-Fort Worth office.

People love the opportunity to improve their work-life balance, he said. And Zoom calls make it easier to meet with customers and each other. This speeds up training for new hires and eliminates travel time for advisors who used to fly to clients in New York and elsewhere.

“It created a much more efficient business model, and we just had our biggest year of growth,” Scovel said of remote work. “It basically made the world so much smaller.”

What is at risk, he said, is a corporate culture created over many years. He’s trying other approaches to involving people, including a recent trip to Las Vegas for Dallas employees.

“We’re doing things that we could have done in Dallas,” he said in a phone call from Vegas. “We just thought it would be nicer – and it is.”

Scovel said companies should find a way to accommodate employees who want to work from home and those who prefer the office: “The key to the future is providing both – and allowing people to determine what suits them. best suited.”

The Dallas Regional Chamber has been operating under a hybrid working arrangement since October. Tuesdays, Wednesdays and Thursdays are considered “core” hours with employees required to be in the downtown Dallas office, said Angela Farley, chief operating officer.

On Mondays and Fridays, employees typically work from home, and that’s when she encourages them to focus on solo work, like writing projects and presenting slides. Downtown, they host all-staff meetings, training courses, teamwork, and lots of in-person contact — from side chats to after-work happy hours.

“We definitely need to do a lot more to make it interesting for people,” Farley said. “I don’t know if it’s viable in the long term. But we want people to feel like it was meaningful for them to come to the office.

Morale has improved with the hybrid model, she said, especially among younger employees who started during the pandemic. “It’s been really good for the mental health to be back in this collaborative environment, at least for part of the week,” she said.

Many local employers have taken a hybrid approach, as long as it can work in their industry. They’re often concerned about the productivity of remote employees, she said, and the longer time it takes to really understand how the business works.

But another problem is more pressing: “It’s harder to retain talent if you don’t allow at least one virtual option,” Farley said. 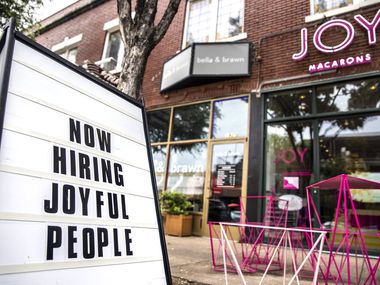 Six Ways to Help Your Clients Reduce Their Children’s Taxes