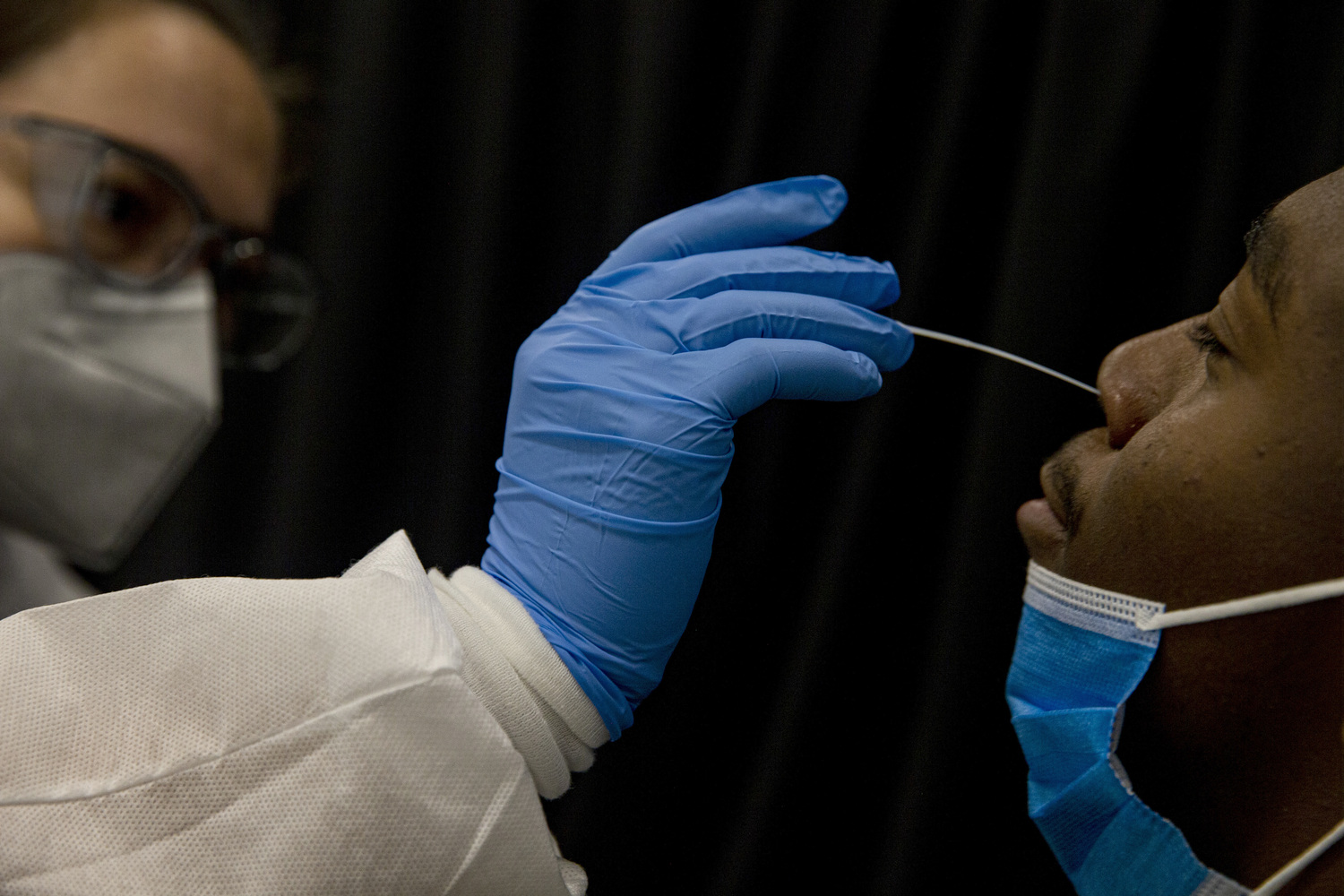 Navy Corpsman Maria Potts-Szoke performs a COVID-19 test on Camp Foster in Okinawa, Japan Jan. 24. The test was part of a study that monitors the long-term health of Marines who previously tested positive for COVID-19. Photo: Alex Fairchild/US Marine Corps

Kara Gormont is the former Chief of Staff of the Defense Health Agency. She has dedicated her career to helping keep service members healthy. But when Gormont developed long COVID in November 2020, she learned firsthand that the military at the time had no process to deal with it.

A year and a half later, she still has symptoms, including gastrointestinal issues and brain fog.

Gormont said she tried to keep working, but couldn’t keep up with the demands of the job. She wanted to take sick leave, but found it difficult. She said she felt judged by her colleagues and feared they thought she was not strong enough to get through her illness.

She eventually left the army.

“I feel very abandoned by them,” she said. “It was traumatic. I will just say it was a very heavy trauma that I will live with the rest of my life to be alone and abandoned.”

Gormont is one of about half a dozen service members who have said they are worried about the future of their military careers because they have long COVID. Most spoke anonymously for fear of reprisals. This is echoed by reports from the Army Times, in which several soldiers said military doctors were not taking their symptoms seriously.

Estimates vary widely on the number of Americans with long-term COVID, also known as post-COVID syndrome or long-term COVID. A March report from the US Government Accountability Office put the total at between 7.7 million and 23 million people. People who suffer from it, sometimes called “long haulers”, have symptoms such as headaches, shortness of breath, cough and cognitive problems.

An international study concluded that more than 40% of people with long-term COVID had to cut their jobs.

Pentagon leaders have said troops with long COVID should come forward. The Department of Defense said it has resources to help, including physical, emotional and cognitive treatment.

“A longstanding COVID clinic has been established in San Antonio, where there is a high population of Department of Defense beneficiaries,” said Air Force Col. Jennifer Garrison, deputy director of personnel for the Defense Health Agency. “We are also managing many primary care mental health individuals and clinics and other specialties based on COVID-related symptoms.”

The army is also continuing to study the matter. Last year, the Naval Medical Research Center began examining the long-term effects of the virus on Marines.

“It seems like the military is coming in now and realizing that there is something called long COVID and people are suffering so much with their symptoms because of it,” said Kathy Morgenstern of Survivor Corps, a group for people who have COVID-19 treaty.

The Pentagon has not released statistics on the number of soldiers with long-term COVID symptoms.

This story was produced by the American Homefront Project, a public media collaboration that reports on American military life and veterans. Funding comes from the Corporation for Public Broadcasting.