For those hoping to find work on a film or television set and are figuring out what the best entry-level jobs are or just how to get your foot in the door, you’ve come to the right place. Professional film sets, as well as most independent projects, tend to have a structured hierarchy in place, so it’s clear who reports to whom. This means that pursuing a career in a given field crew specialty has a clear trajectory: apprenticeship or internship, low and high level assistant, then head of department. The entry level positions listed below rank among the most popular fields in the film industry, but any aspect of production can provide experience at the apprentice or volunteer level; If you are interested in professional costume or prop design, consider pursuing a costume or prop assistant gig, for example.

Most early-career filmmakers begin working in shorts, student films, and modest independent productions before moving on to big-budget studio features. The trajectory of the film industry and the entry-level jobs that suit you depend on your background and passions. What do you like in movies? Where do your career interests lie? Read on to spark ideas and get started.

The most logical place to start in film production is like a PA; many accomplished film professionals have launched their careers by taking on the myriad responsibilities that this role demands. PAs provide support at all stages of production and are essential, especially on big budget projects, making them the unsung heroes of the film world. This role is sometimes referred to as “runner”, especially in the UK

In the pre-production stage, PAs help manage paperwork, make copies, and perform administrative tasks in studio offices. During filming, they help move equipment, take and deliver food and coffee orders, and accompany talent on set; a PA with a valid driver’s license is a particularly useful asset. Finally, there is post production assistants, active in one or all of the departments setting up a project. If you’re just starting out with no on-set experience, PA gigs, while grueling, are an ideal way to familiarize yourself with many aspects of the page-to-screen process. 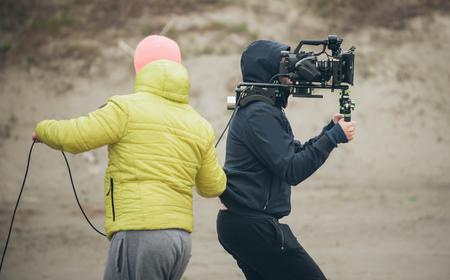 How to Find the Best Production Assistant Jobs

Film production careers run the gamut from entry level – self-funded independent projects or internships at production companies, for example – to executive level, at major studios and feature films. To progress from the former to the latter, aspiring producers must gain on-set experience and add to their resume on a project-by-project basis. If a production track interests you, consider becoming an apprentice executive producer, assisting established film producers, or enrolling in internship programs at major studios or networks.

Video editing is in high demand— especially in today’s era of digital and social media. While apprenticeship or shadowing professional film production editors is a logical career path, skills in this area of ​​post-production can also be learned in other mediums; consider freelancing as a video editor for YouTube and other content creators, for example. Becoming an editor in the film and television industry is all about learning the ropes on a technical level.

Start as a PA specialized in photo equipment assistance during professional shoots, and you could be on your way to a cinematography career. there to help director and director of photography with viewfinder shooting, cameramen are gear whizzes, familiar with cameras, lenses, and all the gear needed to film. In the same way, first camera assistants are responsible for shooting and focusing their subjects.

If working in sound is your passion, you could start as an on-set boom operator and/or sound intern in the post-production phase of a project. Pole vaulters are there to ensure that the boom or “fishpole” microphone stays close enough to the action to pick up the voices of the actors and any other important sound. The highest position in the sound department on large film sets is usually the sound mixerwho manages personnel and equipment to ensure the audio consistency of a final project.

Maybe your ultimate goal as a member of the film crew is to sit in the director’s chair. As with most of these other areas of production, the journey of a director can either work on professional projects or create your own movies. There are apprenticeship and assistant paths in big-budget films: think about the role of 1st AD, 2nd ADor, in some cases, 2nd-2nd or 3rd AD. Alternatively, grab a camera and start practicing bringing your own vision to life.

Last but not least, scriptwriting is the most fundamental element of filmmaking. Script assistants help film and television writing rooms run. But screenwriting can also be entry-level work in the sense that anyone can put pen to paper or start typing out dialogue to generate their first draft. If you’re looking to make a living in the film industry, a well-written screenplay could see you through.

The film industry is a competitive market, which means there are more potential workers than available jobs. Even getting to an entry-level position takes hard work and focus, and then you have to keep hustling and networking to climb the production ladder. But it can be a rewarding career path for movie buffs; if that’s you, go ahead and start working on a film set!

Ready to get started with Backstage? Become a subscriber here!