After a year of racing in Formula E, the Abt Audi driver had a difficult return to series production at Portimao as he failed to score any points, and admitted he found his R8 LMS Evo II “quite difficult to drive” en route to eighth at the Lausitzring in Saturday’s first race.

But after his mechanics worked late into the evening on an “upside down” change to the setup, Rast qualified a strong second on Sunday and felt “much more comfortable in the car” in road to third place in the race, just 1.817s behind winner Sheldon van der Linde.

“Obviously I’m happy with the podium and the points, but I’m most happy with what we achieved from yesterday to today,” he said.

“Yesterday’s car was quite difficult to drive and I did maybe five or six spins.

“Today was much easier, I had a much better car, the boys worked all night and changed the configuration from left to right, upside down and took huge steps. “

Asked to explain the changes, Rast said it was a “completely different philosophy” which will give him “a basis for the weekends to come”.

“I feel a lot more comfortable in the car, I still need to fine-tune here and there but we saw that the direction was right, and that’s very positive for the coming weekends,” he said. he declared.

He then added: “After Portimao, I wasn’t really confident. Now I am much more confident, obviously also more motivated to collect more points and hopefully more podiums”. 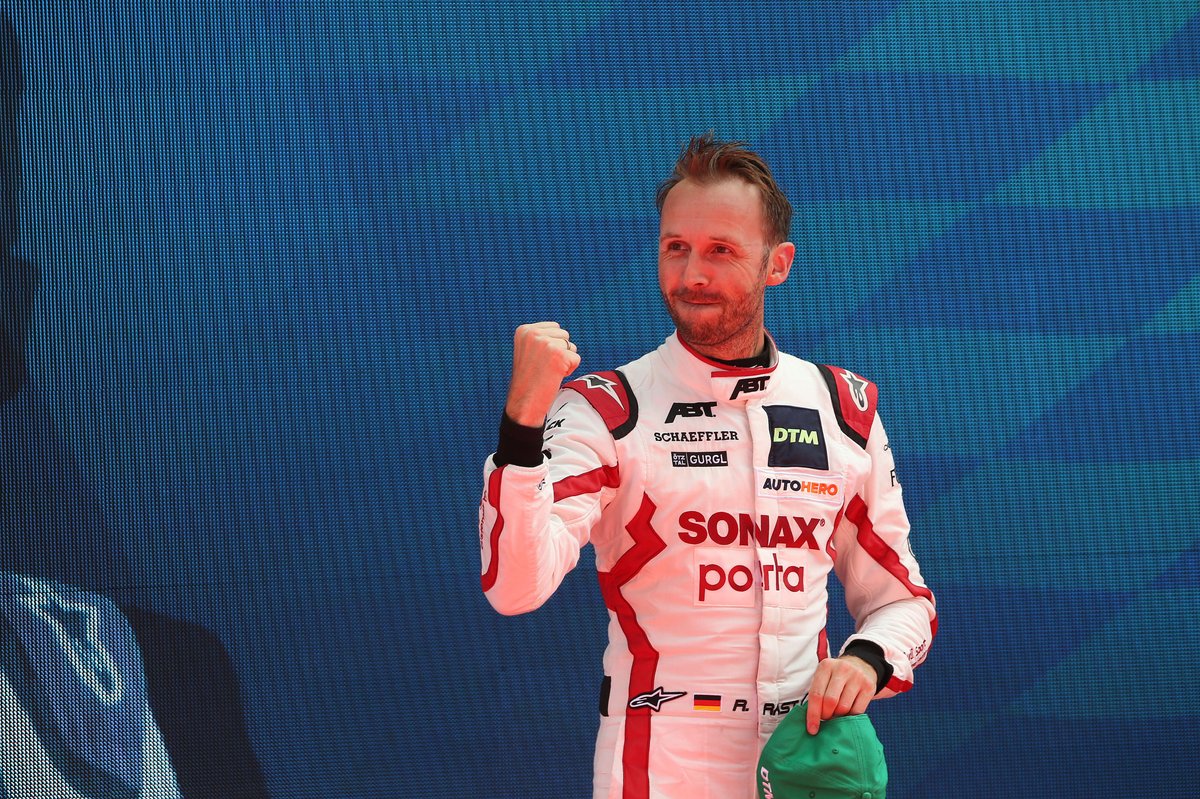 Abt team boss Thomas Biermaier conceded the team “isn’t where we want to be yet”, but was pleased with Rast’s result.

“We still have some work to do to really understand the Evo II,” he said.

“But I’m incredibly happy for René. He got his first podium with hard work, his whole team did a good job.

Rast’s teammate Ricardo Feller bounced back from a puncture that caused him to retire in race one to take seventh in race two, but 2021 DTM title challenger Kelvin van der Linde failed to score in both races after what he called an “extremely difficult weekend”.

The South African qualified mid-grid on both occasions, retired from race one after an opening lap through the gravel caused a vibration, and in race two made a additional pit stop to return to his starting tires – thus saving a set for the next one. turn at Imola – when it became clear the points weren’t on the cards.

“We will rebuild Kelvin after this weekend,” added Biermaier. “We will do everything we can to bring him back to his old strength at Imola.”

Meet the CIOs: New IT leaders bring private and public sector experience to the workplace