New York City will require most companies to put a salary range on their job postings starting next month, as big companies like Goldman Sachs, Pfizer and JetBlue push for a delay and warn the rule would negatively affect hiring.

The law, passed by the New York City Council in December, requires city businesses with four or more employees to post the lowest and highest salary they would pay for each position.

It exempts employees with less than four employees as well as temporary work agencies.

Disclosure aims to close the gender pay gap and help employees know what their work is really worth in the market. In 2020, women earned 84% of what men earned, according to an analysis by the Pew Research Center.

The companies are pushing back against the bill, calling it “onerous” and wondering what it would mean for companies that have workers in various states, where similar legislation is popping up across the country. Some also noted that they may need to start catering to current employees who earn less than advertised ranges for the role they currently hold.

Last month, city lawmakers proposed an amendment that would delay implementation until November and exclude businesses with fewer than 15 employees, down from the current four.

A law that takes effect May 15 will require all New York City employers with four or more workers to include pay scales in their job postings. 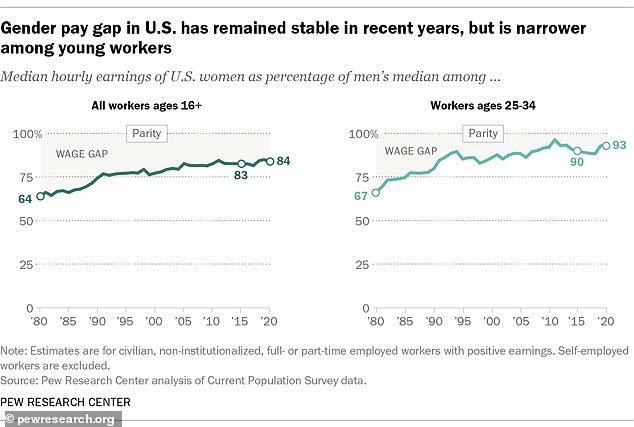 The law aims to address the gender pay gap and other forms of pay inequality. According to a Pew analysis, the gender wage gap has remained stable over the past 15 years

The law, in its current form, will come into force on May 15 after it is passed by the city council in December. It asks New York City employers to list a salary range on job postings.

“The range of maximum and minimum wages shown would be from the lowest to the highest wage that the employer believes in good faith that it would pay for the advertised employment, promotion or transfer,” the text reads. .

Proponents say it would help close the gender pay gap and help workers demand what they are worth.

“It’s one of those laws where if you do the right thing, then you have nothing to worry about,” State Senator Jessica Ramos, a Democrat who represents parts of Queens, told Bloomberg.

“If there are companies that are very concerned about this, well, that’s a red flag for me.”

The law is part of a series of laws in New York aimed at making work fairer. In 2020, a salary history ban went into effect, preventing all employees from asking about a candidate’s previous salary. It also prevents employers from obtaining information from other sources.

According to a Pew analysis published last year, the gender pay gap has remained stable for the past 15 years, although it has improved since the 1980s. 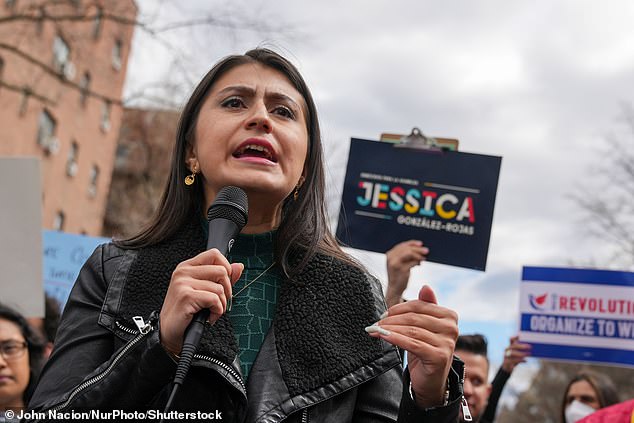 “This is one of those laws where if you do the right thing, you have nothing to worry about,” said State Senator Jessica Ramos, a Democrat representing parts of Queens.

Pew cited factors like motherhood, which can interrupt career paths and have a long-term effect on earnings, as well as the overrepresentation of women in lower-paying jobs. He also mentioned hard-to-measure factors such as gender discrimination.

“If people don’t know what other members of their organization are being paid to do the type of work they do, they won’t have the opportunity to speak out against unfair pay disparities,” Moriarty said.

“Knowing what people are paid is good for employees who are discriminated against, as well as for the companies themselves.”

Companies say the law is difficult to follow and cumbersome.

“Employers are trying to figure out what that means and what their obligations are under this law,” Melissa Camire of the law firm Fisher & Phillips LLP told The Wall Street Journal.

It encourages companies to make the necessary changes to their job postings even if the implementation date is postponed until November.

“May 15 is a few weeks away, so you can’t ignore that might be the date you need to start doing that.” 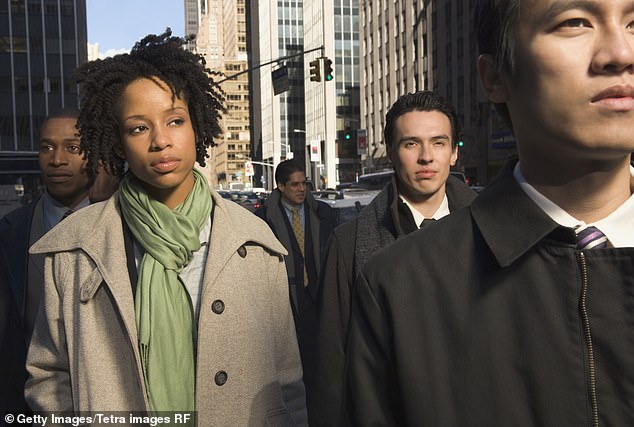 The city council introduced an amendment to the law that would delay its implementation until November after pressure from business groups. Some companies worry about how to explain to current employees why they earn less than the maximum in job postings

Jeanne Stewart, who runs an HR consultancy, is also advising companies to change their postings from now on, recently telling one firm to remove half a dozen adverts and re-post them with ladders wages.

“I’m just like, ‘Take them out and we won’t put them back in until we have bona fide beaches,'” she said.

Hari Prasad, founder and CEO of Yosi Health, told the Journal that the new rule would be good for him because he can now compare his salary offers to those of his competitors.

Kerry Moore, the company’s vice president of global talent and diversity, said human resources officials will likely spend the next few weeks meeting with labor lawyers about how to implement the new law.

Moore said the company will likely also have to explain that its salary range is only part of its compensation, not including bonuses and equity. She says her company will also need to prepare managers to answer questions from current employees who may be earning less than new positions advertise. 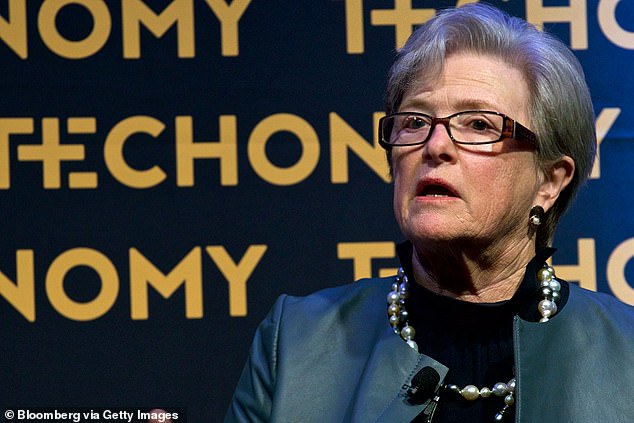 “There may be a lot of downstream effects,” Moore told The Wall Street Journal.

One group that opposes the law and tries to delay its implementation is Partnership for New York City.

The city council introduced an amendment last month after outcry from businesses and business groups.

The amendment would prevent companies with fewer than 15 employees from putting pay scales on positions. It would also exclude positions that don’t specify a position, as well as positions for remote work that can be done out of town, according to Forbes.

The proposed amendment is a sign that “Council leaders are willing to listen to employers’ concerns and reverse the provisions of the Pay Transparency Act that made compliance particularly burdensome,” said Kathryn Wylde, CEO of the Partnership. for New York City.

PowHer New York, an organization that champions economic equality, says the proposal is the result of “commercial pressure”.

“After hailing NYC’s wage range law as a crucial next step in the fight to close the gender and racial wage gap, the New York City Council is now considering INT. 134 which “changes the intent of the law to provide pay equity for women of color and other minorities,” PowHer President Beverly Neufeld said in a statement.

“Advocates are calling on the new progressive city council, which for the first time in history has a majority of women, to reject this attempt to let corporate pressure obstruct the needs of working people.”

A pay transparency law went into effect in Colorado in January 2021. Washington State will require pay bands on assignments made by my employees with 15 or more workers beginning in January 2023.

Try These 3 Tips to “Be Positive” and Find Job Satisfaction