On education, housing and coal 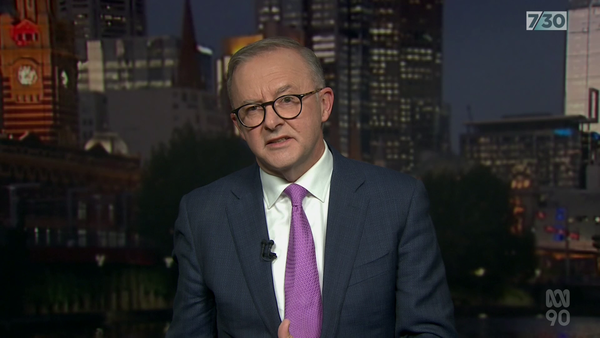 Mr Albanese is asked about the Labor Party’s promise to attract high achievers to the teaching profession. She says the problem is not necessarily attracting new teachers to the job market, but retaining teachers due to workload and stress. Here is how he responded:

Well, one of the things we can do is take the pressure off the education system. We make no apologies for the policy of attracting more good teachers to the profession. We must value education. It is an honorable profession. And we have to elevate his status.

We have a series of other policies that we announced, including funding for schools to bounce back from COVID. We know that the students and teachers have done very hard. And providing additional support to each school for mental health support or field trips to, depending on those schools’ priorities, will also make a difference.

Sales then asks Mr. Albanese about the Coalition’s promise to allow certain potential buyers to tap into their super to make a deposit. She asks: What should Australians not have a choice of what to do with their super savings as the Morrison government is proposing? Here’s how Albanese responded:

Because we don’t think you should get an asset by getting rid of another asset. And what we have here is a policy that is consistent with the government that has undermined the superannuation at every opportunity it has had. We already know that women retire with less income than men.

This government has continued to undermine pensions at every step. And we don’t think that policy didn’t last, really, until Monday morning when Minister Hume went on television and said that it would drive up house prices and, therefore, n would bring no substantial benefit.

Sales then pivot to renewable energies. She asks what year does Mr. Albanese think Australia will stop producing coal?

Albanian: This will be determined by the decisions of the boards here in Australia and around the world.

Sales: So what do you mean by that? Are you saying that the private sector will decide whether or not there is a market for coal? And what is the role of government?

Albanian: The government’s role is our Powering Australia plan which provides a support mechanism for renewables. According to our plan, renewable energies will represent 82% of the national energy market by 2030. This plan will see the creation of 604,000 additional jobs. Five out of six in regional Australia. It will bring in some $52 billion in private sector investment.

Sales: But you haven’t done any modeling to verify, so what would be the timeline for a full transition from coal to renewables?

Albanian: Well, reputechs did, Australia’s leading energy-saving company, Reputex, and what they found were the numbers coming in. There were no new coal-fired power plants built under this government. And we can expect that there will be no signs of this continuing in the… Change in the future, because the market is talking. The cheapest form of new energy in Australia is renewable energy. There are also great prospects in areas such as green hydrogen and other emerging industries. That’s what happens, and it’s dictated by the market. And during the last election campaign, the federal government, in another example of waste, committed millions of dollars to developers of a new coal-fired power plant in Colinsville that didn’t and won’t happen, because it does not stack up in terms of the energy market.