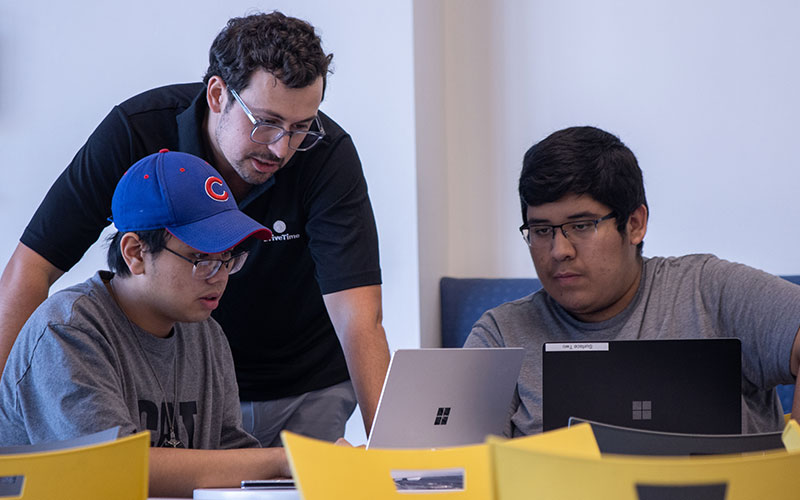 TEMPE – The robots take away our jobs!

This human fear of artificial intelligence has long been a polarizing topic in American pop and tech culture, politics, and even some academic circles, and it’s growing as AI technology becomes more prevalent.

AI technology has advanced dramatically since its inception in the 1950s. An Arizona company is doing its part to debunk common misconceptions about AI by educating the next generation of AI engineers.

“I think there’s a lot of demystification we can do about it, like some people call AI a black box, and it’s such a coined term because it’s complex, it’s confusing and it’s deep in its analytical nature,” said Alec Evans, assistant director of data science for DriveTime, a Tempe-based online used car dealership and finance company.

“And I think what we’re doing with the students here is demystifying that and saying, ‘You use it every day, you see it every day, you just don’t know that’s what it’s, “can really open students’ minds to this new career opportunity,” Evans said.

AI is commonly used in chatbots, which could work like this. (Illustration by Justin Spangenthal/Cronkite News)

AI is an umbrella term that encompasses many innovations such as machine learning and natural language processing. However, AI still has limitations, making it unable to perform many tasks that humans regularly perform.

“The biggest problem arises when there is a mismatch between the capabilities of current technology and societal perceptions. It’s hard to match them, and that creates all the problems,” said Aviral Shrivastava, a professor at Arizona State University’s School of Computing and Augmented Intelligence.

The company already relies on AI technology. From virtual assistants like Siri, Google, and Alexa to apps like Netflix and YouTube that use machine learning algorithms to recommend content specifically tailored to your interests, AI is part of our daily lives.

However, much of the AI ​​used by businesses goes unnoticed: in banking apps, email and spam filters, auto-correction tools, personalized ads, and even thumbnails of videos watched on YouTube.

Chatbots use natural language processing to determine and interpret what the user has asked, then compile the correct answer based on the language they have already processed. Autonomous driving has also made progress.

AI as a career path

DriveTime uses artificial intelligence tools and analytics to help the customer process of buying a used vehicle, and Evans said they are central to what differentiates the company from competitors.

Students from across Metro Phoenix were selected for Boot Camp, a four-week development program that taught them the basics of AI, machine learning, natural language processing and more . Mark Cuban is a billionaire entrepreneur and the owner of the Dallas Mavericks, and his foundation aims to provide high school students with the opportunity to learn AI and network in the tech space.

Boot camps began in 2019 and this year will reach more than 550 students in 26 regions across the United States – 20 in the Valley – and are hosted by companies that use AI technology. According to the foundation’s website, the camps allow students to meet corporate employers and connect with adults who have jobs in STEM, AI, and machine learning. Students are not required to have coding experience.

Thanks to https://t.co/EwUJZ2uvNS for putting together this awesome video to kick off the start of our bootcamps! This was the perfect video for day 1! pic.twitter.com/AqNLmOHElI

Katica Calderon’s father signed the 14-year-old up for boot camp because of her interest in AI and how she can help others.

“All the knowledge I ever learned about AI came from my dad,” said Calderon, who hopes to work in the field one day. “He bought me an Alexa, so I started researching how it worked and got really into that kind of stuff.”

Developing networking skills and helping students understand that professions that use AI technology offer a viable career path is what makes boot camp so important, said Robyn Jordan of DriveTime, whose headline is responsible for personnel. 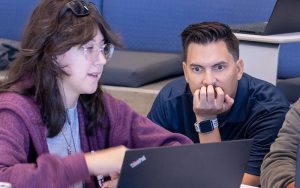 “It’s kind of this new career path, and that’s where the future is heading,” Jordan said, noting that companies should embrace technology and education about it should start early. “I think when people start to understand what it can do and not be afraid of it and embrace it, I think you’ll see more people trying to figure out how to use it better.”

Robots and your work

A concern some have with AI technology is that it will make some human jobs obsolete.

Human employees can multi-task and think critically about what they are doing and why. Although machines cannot think, they can accomplish mundane, problem-solving tasks faster and more efficiently than humans.

“Even when humans do it (low-stakes tasks), they’re not very perfect at it,” Shrivastava said. “So they also make mistakes, and the AI ​​can do a pretty decent job, and, in fact, it can do a much better job because it can look at all the parameters systematically and can look at a much larger amount of data. than humans would.” never have the patience to watch.

Besides human error and fatigue, another crucial distinction between machine learning algorithms and humans is that humans are biased and machines are not. The algorithms do not form trends or infer wrongdoing in the data, they simply calculate. 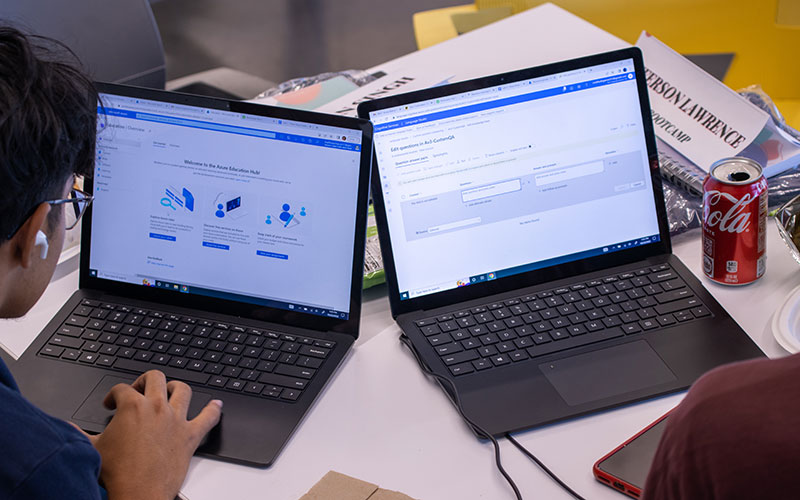 “The way (machine learning) algorithms are designed, they only reflect what the data tells them. So if your data is biased, your predictions are biased,” Shrivastava said. “Because the algorithms are so efficient, we started using them in places where fairness is an issue. Prior to this, algorithm standards were never an issue – why? Because they have never been used in these situations.

If a company uses an algorithm to determine the amount of employee compensation, the algorithm will rely on previous compensation data, Shrivastava explained. But if the employer has not paid a fair wage to a certain employee or group, the AI ​​will continue the negative compensation trend, appearing to reaffirm the human bias.

Earlier this year, the Forbes Technology Council, an organization of technology executives, compiled a list of 15 jobs and tasks they say will be automated within a decade – including data coordination, bookkeeping, driving , simple customer service, sales and marketing – jobs that all have elements of risk.

Although an algorithm can relieve a person’s work of performing a routine task, this algorithm required at least one person to create and shape it. The assimilation and expansion of AI technology does not mean that jobs will be eliminated, but they could be reallocated to higher paying technology jobs.

Evans shared a story of her grandmother telling her she would never want a robot driving her vehicle.

“But, Grandma, what if you knew that the robot learns to drive from people like me? I’m the one working on these algorithms and teaching them what to do and what not to do.