Tensions in the ongoing strike by student workers at Columbia University were heightened this week by the leak of two emails in which Columbia administrators advertised spring teaching and assistant jobs for graduate students. ‘New York University.

The messages, which were posted on the NYU Graduate Student Organizing Committee (NYU-GSOC) Twitter account, came following an email to striking workers at Columbia’s human resources department saying that only those who returned to work before December 10and would be guaranteed job appointments in the spring. The Student Workers of Columbia (SWC) interpreted the email as an illegal threat to permanently replace the strikers and filed an unfair labor practices complaint with the National Labor Relations Board. 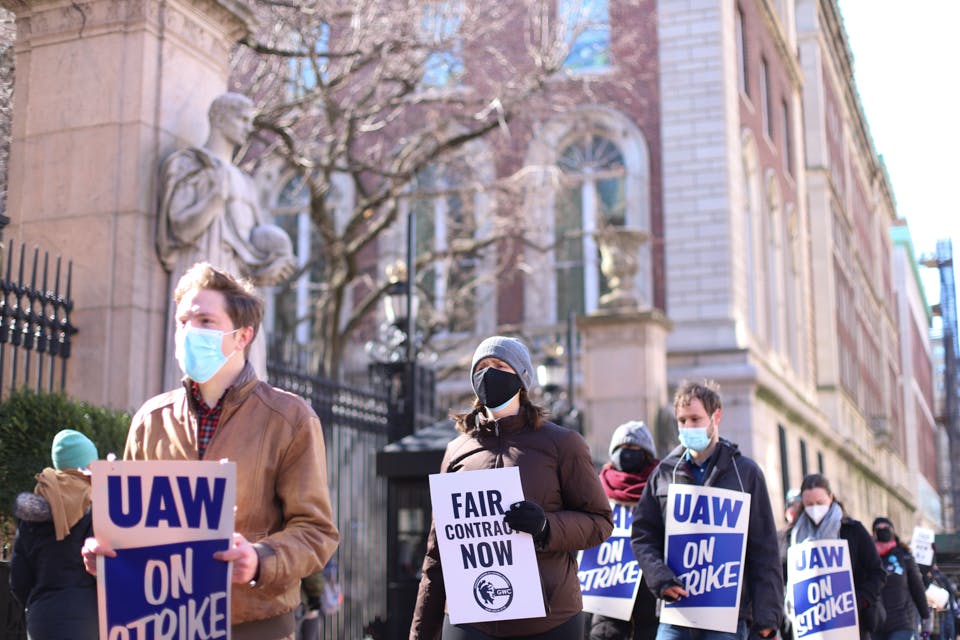 The SWC believes that one of the emails, which sought teaching assistants for an art history course, is a misunderstanding, according to Tristan Du Puy, a sustainability doctoral student and SWC negotiating committee member. However, the union believes that the other message, a request for a French teacher, is problematic.

In response to the emails, NYU-GSOC created an online petition condemning Columbia’s “aggressive and illegal anti-strike actions” and pledging not to take any jobs to replace the work of a striking student from Columbia. As of Thursday, he had more than 450 signatures from local scholars.

Dr. Pascale Hubert-Liebler, director of the French-language program at Columbia, said the union’s interpretation of the email was wrong.

“I think what’s most likely is that he’s not really hiring someone to replace the people in the French department, but [that] these are new appointments to make up for the work that was not done during the strike,” said Du Puy. “Students who couldn’t really learn as much as they would usually get those extra lessons from new instructors.”

“It’s a way of adhering to the request not to substitute for someone’s work while circumventing it,” said André Pettman, a doctoral student in French literature on strike.

“It’s just a regular hire,” she said. “I find myself in this situation almost every semester.”

But Pettman finds that hard to believe in light of the HR letter.

“I would say that [it] would read very differently if I knew, for example, that me and anyone else in my department on strike would be guaranteed to be nominated for the spring,” he said. “So I would like [think]”Oh, there must be high enrollment rates or they just offer other sections for students who don’t feel comfortable moving on to the next one [level] of the language.’ But when I have no idea in January if I’m going to teach a class and get paid to do it, then the email makes me feel uneasy to say the least.

At the end of the fall semester, negotiations between CFC and the university continue. But after striking for seven weeks and counting, the union may not have much confidence left.